I mentioned in my previous post that Bob has a lead army in 15mm painted up for wargaming. We decided about 10 years ago to build up our armies for wargaming the War of 1812. The scale we chose was 1 to 10 in 15mm. A group of us were in on this plan and decided to paint 1 US and one British regiment. By doing this we'd have enough painted to do the Battle of Lundy's Lane which was one of the largest in the war. We figured that if we had enough painted for that battle you had enough for all the others.
Well Bob being the painting machine he is he went into hyper mode and painted every British regiment that served in North America. Don't believe me? Check this out. 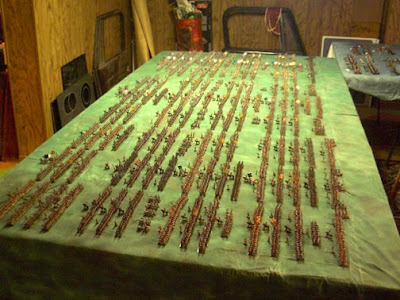 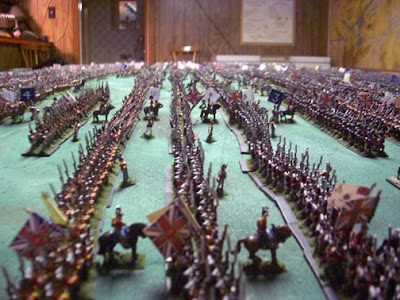 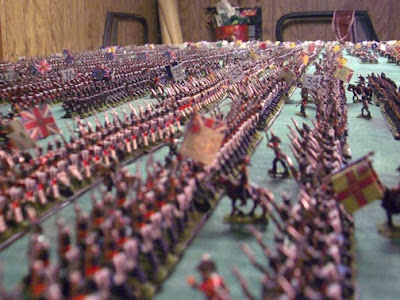 He's also started on the US forces too. 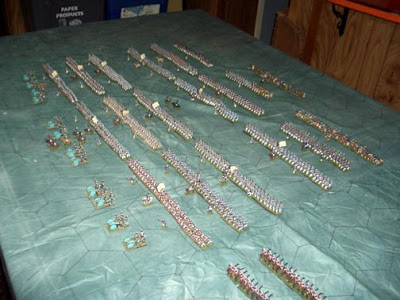 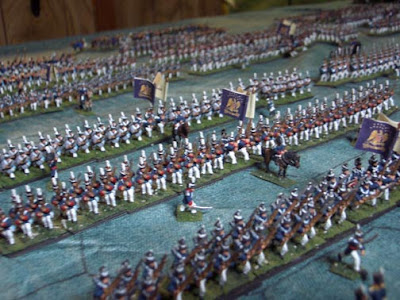 My good friend Bob Fraser who's been battling cancer has been shacked up in his house for the past 3 months while recovering from his treatments. While fighting this disease and boredom he decided to put out a large chunk of his painted up Airfix plastic British Napoleonic figures. 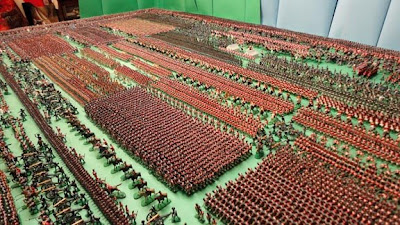 No he didn't paint these in those months stuck at home. This is the work of maybe 15 to 20 years of constant painting. 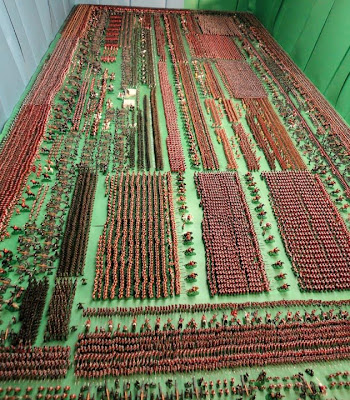 One of Bob's dreams was to see what a British regiment looked like on the field. This quickly morphed into what a brigade and then a division looked like. Eventually he worked his way up to a corps! 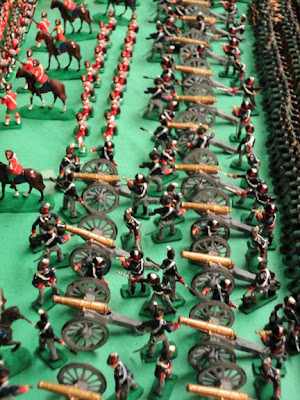 He also have a division of cavalry painted up too but aren't displayed on the table. These figures haven't been used in a wargame. 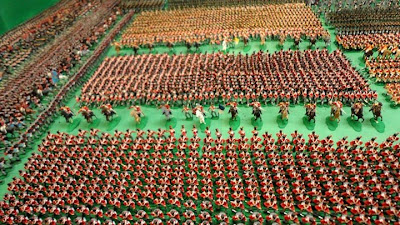 For wargaming he has painted up every British regiment that served in North America during the war of 1812 in 15mm lead. Those are in a 1 to 10 scale. He's working on the US forces there too and has about 14 regiments painted up.
For a video on this 'army' click here.