Greetings all,
Bob and myself ventured off to the Hotlead wargaming convention in Stratford Ontario today. This convention is getting better every year. It's small by Coldwars / Historicon standards but living in Toronto it's a hell of a lot closer to go to (1 1/2 hours down the old 401 highway).
Bob and I put on a War of 1812 lake action game which I'll present on a separate post.

The convention had all sorts of games from your sci-fi Warhammer crap to your historical games.
One I thought was rather interesting was this WW1 Palestine game in 25mm. I didn't stick around to see how it played but from what I could see there were skirmishers going up the rail line while reinforcements came up from behind. 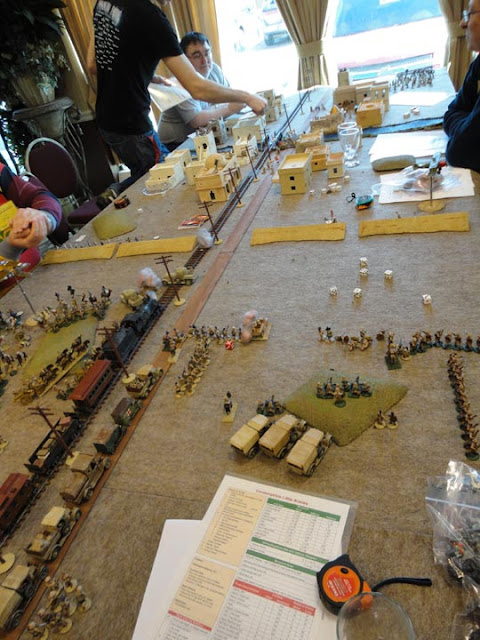 A closeup of the British reinforcements coming up. Definitely an interesting scenario. 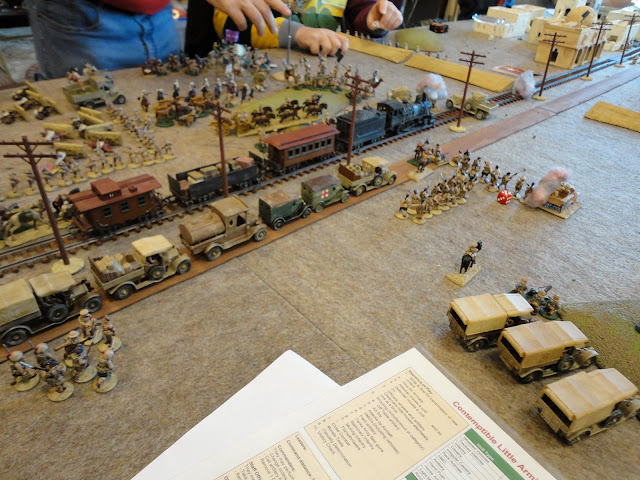 Next was an ECW game in 25mm. The beautiful paint job on these mini's made up for the lack of terrain. 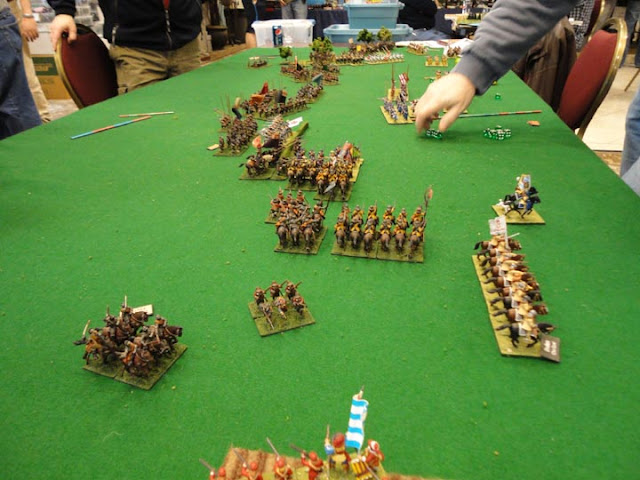 A rarity in gaming. A Napoleonic skirmish game in 25mm. I found the mottled terrain mat was a bit distracting but never the less a beautiful game.

I found the sparse terrain in this WW2 North African 15mm game bang on. Tanks in this theater were truly ships of the desert. 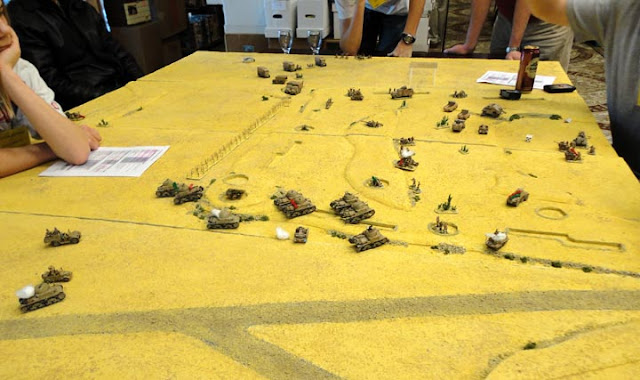 Finally another 25mm AWI skirmish game. I love all the trees and bushes. A true skirmish environment. I also like the look of the partially harvested wheat fields! 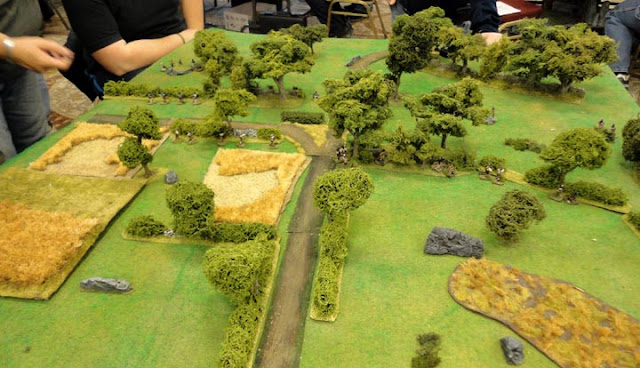 Hotlead is growing. If they get any larger they'll have to take over another ballroom. I'll definitely be back next year.
Posted by Canuck Bud at 5:19 PM No comments: